Stemming the spread of COVID-19 in Pakistan, has been nothing short of an uphill battle. 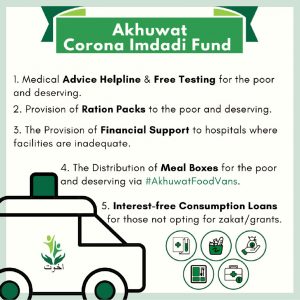 As a developing economy, Pakistan’s vulnerable poor have faced uniquely difficult circumstances that range from not being able to afford adequate medical care, to a complete loss of livelihoods for many who were previously daily-wage earners. As a consequence, fatalities that elsewhere would have been avoidable, are precisely where Pakistan is expected to suffer the most.

The poorest of the poor in our society are left with the choice to either work at the risk of exposure to the deadly disease, or die from starvation, eviction or worse —this choice, is not a choice at all. But all is not lost—through this crisis, Pakistanis have shown us that their strength has no bounds, and more
importantly, that their compassion is limitless.

With unwavering love and support from devoted citizens from all corners of the country, Akhuwat has been able to redirect their efforts to lessening some of the challenges that now befall our most poor and deserving populations. Akhuwat’s core principles remain Solidarity and Brotherhood, or ‘MawaKhat’ with the poorest of our society. Akhuwat recognises that in order to truly create a society based on the fundamentals of empathy and compassion, we each have a civic duty to uplift the most marginalised communities within our country. Daily and low-wage workers form the backbone of our society. It is for this reason that Akhuwat has launched the Corona Imdadi Fund.

The Corona Imdadi Fund has been, and will continue to be utilised in the following ways: 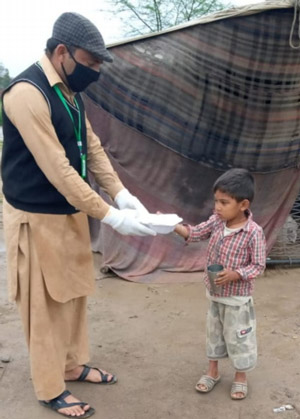