Despite positive measures such as the landmark legal judgement in 2009 that granted transgender people  their own gender category on national identification cards and the Supreme Court recommending that they benefit from affirmative action for civil service jobs, transgender people remain among the most disadvantaged groups in Pakistan.  Often referred to as hijras or khwaja siras (the latter is the term used to describe the transgender courtesans who danced in the courts of the Mughal Emperors during the seventeenth and eighteenth centuries) they routinely face discrimination in health, housing, education and employment as well as ridicule, intimidation and the threat of physical violence. Most khwaja siras are forced to live at the margins of society and earn an income from performing at ceremonies such as weddings and births; extorting payment by disrupting people’s work and most commonly begging – they are, for example, a relatively common sight at traffic lights in many large Pakistani cities such as Karachi and Lahore.

In 2011 Lendwithcare’s microfinance partner in Pakistan, Akhuwat, started a programme to reduce the social exclusion of khwaja siras.  In the words of Akhuwat’s Founder and Director, Dr Amjad Saqib, the aim was to work towards ‘creating a society in which the transgendered are treated as equal citizens without prejudice or discrimination’. While the programme has included a wide variety of activities such as painting workshops, quiz competitions and even sports events, the core of the programme has focused on granting participants a small monthly grant of 1,200 rupees (approximately £7) and, since the health of khwaja siras is generally at greater risk of infectious diseases, the increased provision of health services – particularly focused on the prevention and treatment of diabetes, HIV/AIDS, and hepatitis. More recently Akhuwat has started to focus on improving the economic well-being of the transgender community and now provides vocational training and loans to start businesses. In no way has Akhuwat attempted to reform or reshape the identity or behaviour of khwaja siras.

Akhuwat’s programme was devised following lengthy interviews with more than 600 khwaja siras and their representatives to better understand the issues they face and concerns they have. So far, more than 500 people have benefited from the programme that has concentrated on the large north eastern city of Lahore which has traditionally had a relatively large transgender community, although Akhuwat has plans to expand its pioneering work to other areas of Pakistan as well. While the direct impact of the programme itself has so far been  limited to just a few hundred people, in a very conservative society the indirect impact of one of Pakistan’s largest Islamic development institutions working closely with one of the most stigmatised communities should not be underestimated – setting an example to other organisations Akhuwat employs seven khwaja siras directly. 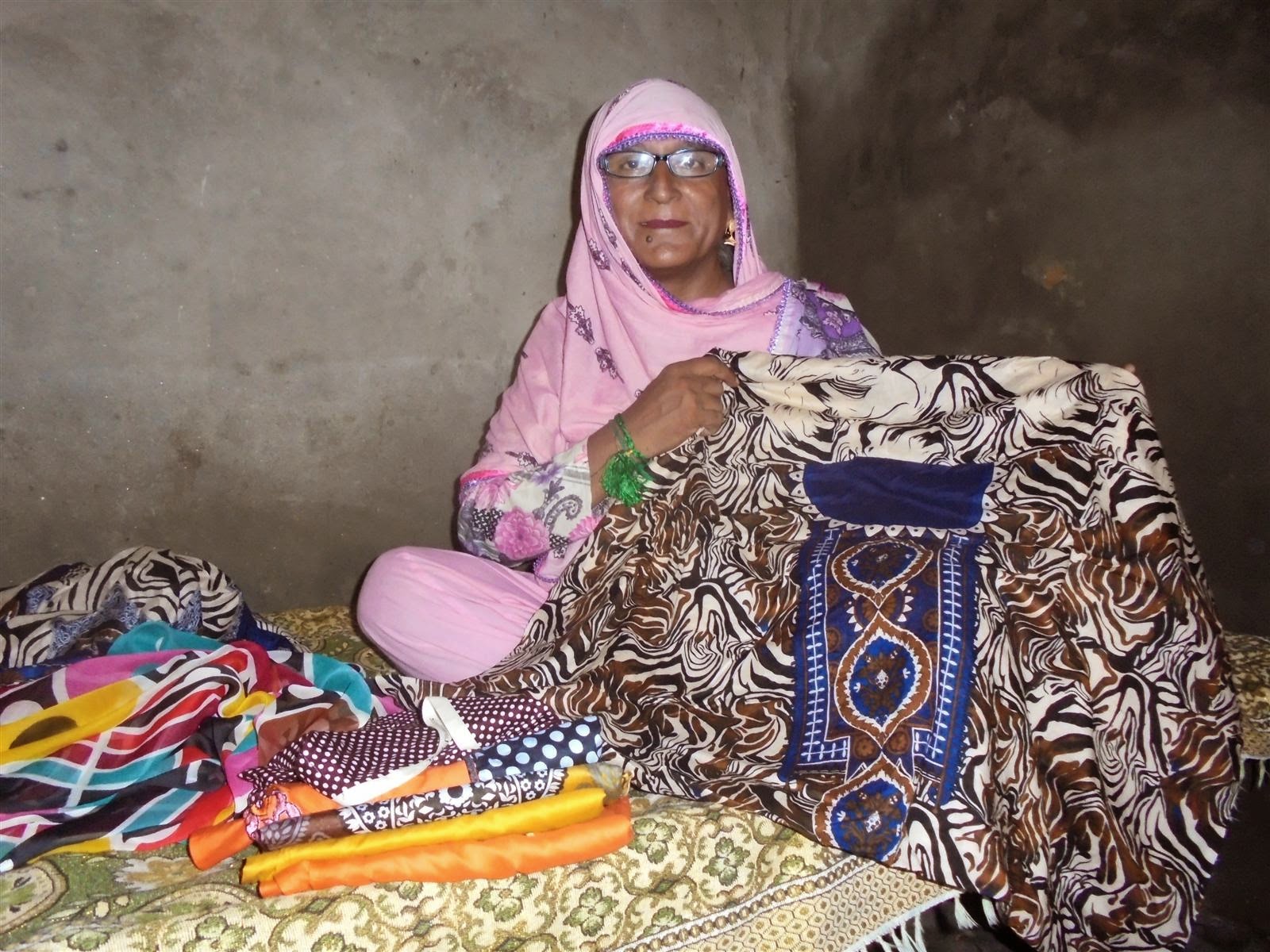 Like many khwaja siras Ashi, who is 60, was born male but identifies as a woman and her experiences are typical of many in the transgender community. Ostracised by her family when she was still a teenager she became homeless and struggled for many years to both feed and clothe herself. What little money she received she earned from dancing at parties with other khwaja siras.  She suffered from high blood pressure and is now a diabetic. Ashi considers that participating in Akhuwat’s programme has proved a turning point in her life. While attending the workshops that promote better self-hygiene, diet and health, Ashi became aware that Akhuwat also provided interest free loans. She therefore requested a loan, repayable over 15 months, of 15,000 rupees in June 2012 (the equivalent of about £90) to establish a business selling the fabrics used in making women’s clothing as well as readymade clothes as an itinerant trader to people in her local community. For the first time in her life she started earning a regular income. Ashi repaid her loan on time; in fact most of her monthly instalments were repaid a few days early. Once she had fully repaid the first loan she applied in November 2013 for a second larger loan of 30,000 rupees (about £180) to significantly expand her business by purchasing in bulk many of the garments she sells. Buying a greater quantity of items from the wholesalers entitled her to discount and increased her profit margin and she was also able to offer customers greater variety.  She is now living with her married sister and her children and for the first time in her life Ashi feels she has some level of stability, economic independence and security.