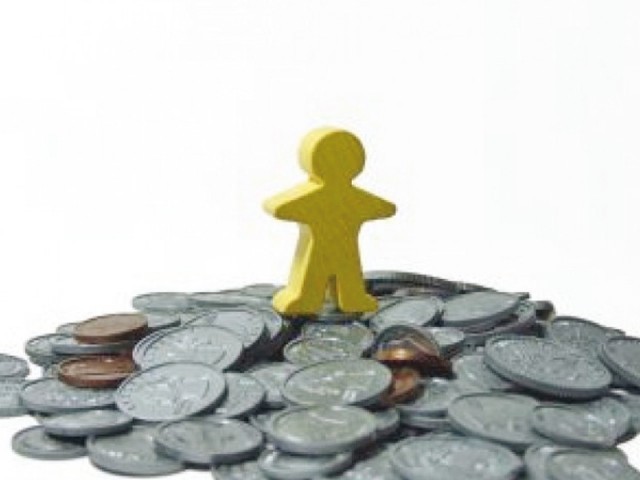 The money raised could be used for giving interest-free business loans. CREATIVE COMMONS

LONDON: The conventional banking model is based on deposits. Banks accept deposits and use the money to offer interest-bearing loans to individuals and businesses. This is a standard model used all over the world, and is now being used even by many microfinance institutions that emerged as non-bank entities from the 1960s onwards.

In Pakistan, the State Bank of Pakistan is encouraging microfinance institutions to set up microfinance banks to ensure that such activities are brought into a tight regulatory net. Such is the power of the deposit-based banking model that even some otherwise successful non-bank institutions offering interest-free loans are tempted to set up banks to further expand their activities.

Some glaring examples of charity-based institutions are Edhi Trust and a relatively new micro lender, Akhuwat. Shaukat Khanam Memorial Cancer Hospital also continues to benefit from generous donations from across the country and from overseas. Charitable giving is so powerful that almost all medical research bodies, including Cancer Research UK, heavily rely on charitable giving to partially fund their operations.

According to an ICM Research survey, UK Muslims give more in charity than any other faith-based group, including Jews and Christians. In 2012, amongst the surveyed respondents, Muslims gave on average $567 per capita, Jews $412, Protestants $308 and Roman Catholics $272. Contribution from the atheists was merely $177 per capita.

This is a remarkable finding, which should be considered seriously for developing social enterprises in developing countries around the world, including Pakistan, where charity plays a tremendously important role in the absence of a state-run social security system.

According to on-going research by Edbiz Consulting, a UK-based think tank, a charity-based system can be developed in Pakistan to generate Rs18 billion on a monthly basis from the top 10% population of the country.

It is based on an assumption that each affluent individual in the top 10% of the population is incentivised to contribute Rs1,000 on a monthly basis. This model of charitable giving also has the potential to improve social behaviour.

It is interesting to note that loan recovery rate for Akhuwat is 99.85%, the highest of its kind in the world. It proves the point that charitable giving and support for the poor helps in curbing the moral hazard problem – something of a major concern for banking institutions.

Given the success of the likes of Akhuwat, it is worth considering development of a donation-based, as opposed to the existing deposit-based, model of banking. The proposed model should have donation as the main product, rather than a deposit.

The money thus raised could be used for extending interest-free business loans and financing based on the principle of profit sharing. While the poorest segments in society must be helped with interest-free loans, there is some anecdotal evidence that 70% of self-employed individuals and families have some kind of preference for profit sharing-based financing.

This kind of institutional arrangement is far superior to the newly initiated Prime Minster’s Youth Business Loan Scheme, which is aimed at extending Rs100 billion in the form of loans of Rs100,000 to Rs2 million to about 100,000 individuals in the age bracket of 25 to 45 years.

The way the government is attempting to disburse loans amongst youth is at best ad hoc in its nature. There seems to be no deep planning in the whole programme, and it appears as if the government is trying to counter the threat posed by PTI’s apparent popularity amongst the youth.

If the government plays smartly, a youth empowerment programme can be self-funding. There is a need to unlock the potential of charity in this country, where tens of thousands of families are already receiving support from charitable organisations, businesses and individuals.

Given the huge potential of charity, there is a need to create a separate department within the Ministry of Finance, which should develop a framework for charity regulation, with the help of the likes of the State Bank of Pakistan.

Despite the claim of having exceptionally intelligent personnel, the Ministry of Finance and Planning Commission have failed to develop a genuinely innovative development model for the country. There have always been foolhardy suggestions from personnel from these departments for productivity enhancement and growth.

Nevertheless, they have yet to develop an approach that takes into account ground realities and ideological foundations of the country. The charity sector offers an opportunity for such personnel to develop an innovative approach to finance and development.

If they fail to recognise the potential of charity, the West will once again take a lead role, and the so-called intelligentsia of the country will merely follow what others would have already developed and tried and tested.

THE WRITER IS AN ECONOMIST AND A PHD FROM CAMBRIDGE UNIVERSITY